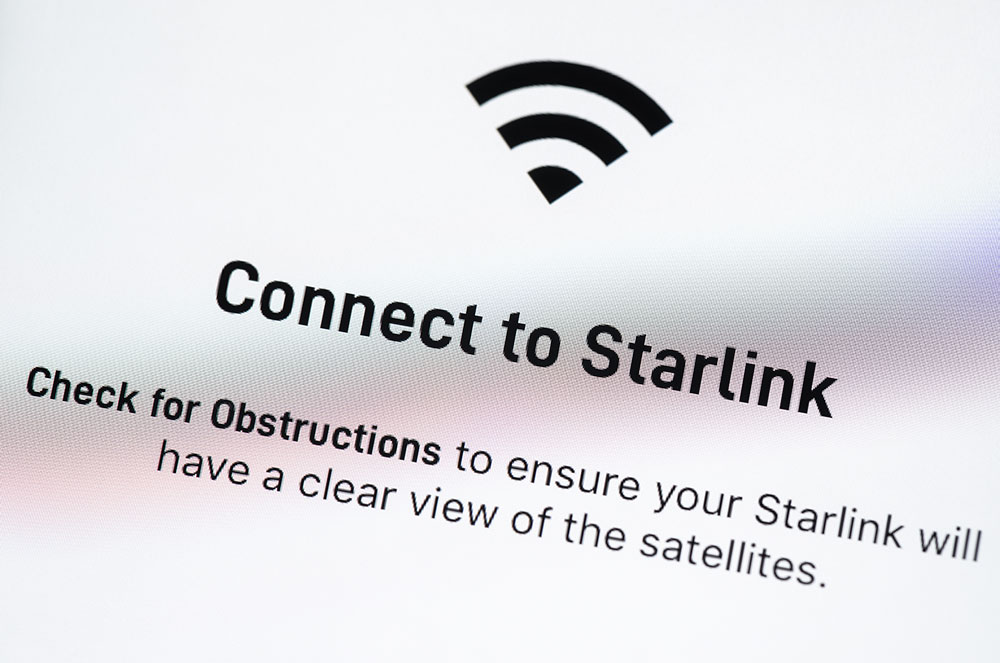 With every advancement in internet technology, the idea is to reach more people with a stronger signal. As the rollout of Starlink satellite internet began, everyone expected this to be the case as well. Some customers, however, are finding that Starlink hasn’t addressed the age-old problem that geostationary (GEO) satellites have been dealing with for decades: obstructions. This is especially frustrating for customers in forested areas like Tahoe and the Foothills and a solution isn’t immediately obvious.

Why are obstructions a problem with internet?

GEO satellites are what all traditional satellite internet providers prior to Starlink use. Even though we are no longer talking about a cabled internet option, we still talk in terms of a “connection.” Any GEO satellite will require a direct line of sight or connection from the receiving dish to the satellite in the sky. Because GEO satellites do not move relative to the ground, once your connection is established, it should remain clear unless the receiver is moved by weather accidentally.

Why are obstructions STILL a problem with Starlink internet?

Though Starlink promised to be the next innovative internet option, they don’t seem to have solved the issue of obstructions. Starlink uses LEO or Low Earth Orbit Satellites which require a three dimensional 90-degree view of the sky in order to maintain a sturdy connection. This is an issue because LEO satellites do roam unlike their geostationary alternatives. So your Starlink receiver needs a constant, unobstructed 90-degree view throughout the day in order to maintain signal. For many people living in rural areas, this means they have to make the choice between having any trees on their property which may cause an obstruction or having an internet connection.

Is there any other option for internet in the Foothill area?

Between Starlink falling short and older satellite providers using outdated, slow technology that’s been leapfrogged by modern broadband expectations, it looks like there isn’t a standout option. Oasis Broadband has found a solution specifically for customers in the Lake Tahoe and Foothills area. Instead of navigating the stars and hoping for a strong satellite connection, an Oasis customer just needs to be able to hit an access point with a laser pointer from within a couple miles of their location. Access points are generally located on tall towers or a tree at the top of a prominent hill or mountain. Once a connection is established, Oasis speeds make downloading, streaming and working online finally as easy as all those satellite internet providers promised!

If you are still searching for the answer to your internet outages , reach out to our team at Oasis Broadband!